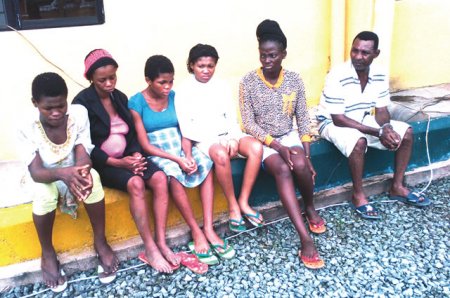 During the operation, the detectives rescued five pregnant women and arrested a 54-year-old man, identified as Nkem Nwokocha.

While parading the suspect at the police headquarters in Umuahia, the state capital, the Commissioner of Police in the state, Mr. Adeleye Oyebade, said the police acted on a tip-off.

He explained that upon receipt of the information, operatives moved into the area and discovered the hideout, where the pregnant women were camped.

The police boss lamented the rate at which people indulged in illegal sale of babies in the state, adding that it was an act of wickedness against innocent children.

All the victims said they were not legally married, adding that they went to the maternity home without the consent of either their parents or those responsible for the pregnancies.

They denied any intention to sale their babies, but could not state any plan for their upkeep after birth.