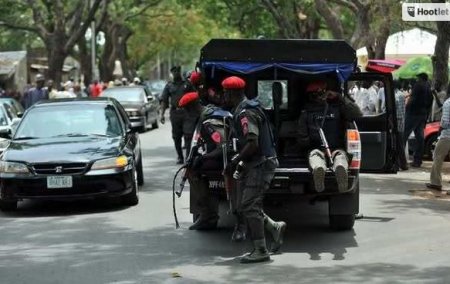 The incident caused a major gridlock in the area as some people were seen throwing stones and tyres at the police van.


They eventually set the police patrol van on fire.

Afterwards, policemen in a convoy arrived the scene and fired shots into the air to scare the protesters, who took to their heels.
PLACE YOUR ADVERT HERE
Connect with people interested in education, social, crime and health News!