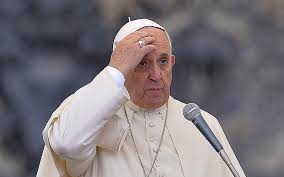 During a return flight to Rome at the end of a three-day trip to Georgia and Azerbaijan, Pope Francis talked about a meeting with a French man whose young son wanted to be a girl after reading about it in a textbook in school; CHRISTIAN TIMES reports.

"This is against nature.It is one thing when someone has this tendency ... and it is another matter to teach this in school. To change the mentality -- I call this ideological colonization. Today, in schools they are teaching this to children -- to children! -- that everyone can choose their gender," Pope Francis said.