While Benue state and indeed Nigeria groans under severe financial and economic hardship, the state Governor, Samuel Ortom, has shelled out N558.7 million for luxury vehicles for his aides and local government chairmen.

Mr. Ortom came to power with what he called five-pillar agenda, including a promise to create enabling environment for citizens to engage in meaningful businesses.

The governor said in his inaugural address on May 29 that the policy would enhance the living condition of Benue people and in the process reduce over-dependence on government. 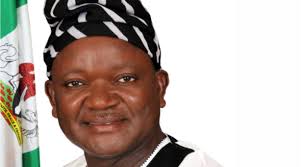 But a few months into the administration and in what appears to be a departure from the development agenda, Mr. Ortom has bought 13 new Toyota Land Cruiser Prado SUVs for commissioners in the state.

The 13 Prado cars came at a whopping N240.5 million, with each costing the state N18.5million.

The Toyota Corolla cars were distributed to the 20 special advisers appointed by Mr. Ortom while the remaining 23 went to local government chairmen in the state.

But PREMIUM TIMES checks showed that the costs at which the vehicles were supplied to the state government were outrageous when compared to the prices of similar vehicles on Carmudi, an online car sales portal.

At the online car depot, a company, Auto Ten Limited sold a Toyota Land Cruiser Prado, 2015 model (Black) for N11 million only, against the N18.5mllion for which a similar car was supplied to Mr. Ortom.

However, a new Toyota Corolla 2015 model sold for N5 million against the N7.4 million Mr. Ortom paid for each of the 43 vehicles he bought for his aides and council chairmen.

But apart from breaking his promise of fiscal discipline, PREMIUM TIMES found that the governor violated the provisions of the Revenue Mobilisation, Allocation and Fiscal Commission Act.

The RMAFC Act prescribes the remuneration and other perks payable to public officials in Nigeria.

Under the law, a state commissioner with an annual basic salary of N1.3 million is entitled to a vehicle loan of N5.3 million, representing 400 percent of the basic income, repayable before the expiration of his or her tenure.

On the other hand, a special adviser to a governor with an annual basic salary of N1.2 million is only entitled to an optional vehicle loan of N5 million, representing 400 percent of the basic salary, to be repaid before the end of tenure.

A local government chairman, under the same law, with an annual basic salary of N908, 312 is entitled to a vehicle loan of N3, 633, 248, representing 400 percent of the annual pay and repayable before the end of tenure.

An official of the state government, who requested not to be named because he was not authorised to speak on the matter, said although the purchases were approved by the State Executive Council, the award of the contract violated some provisions of the Public Procurement Act.

“I am not aware the tender for the purchase of the vehicles were ever advertised as required by the procurement law,” the source said.

When contacted by PREMIUM TIMES, the Chief Press Secretary to the Governor, Tahav Agerzua, confirmed the purchase of the vehicles.

Mr. Agerzua said the decision to buy the vehicles was taken by the state executive council and accordingly made public.

When asked the cost of the vehicles, the governor’s spokesman said such details could only be provided by the Commissioner for Finance, David Olofu.

Mr. Olofu later told PREMIUM TIMES the procurement were made based on the state’s procurement guidelines, adding that the government was yet to domesticate the Federal Government’s procurement law.

“I am preparing a memo to council to give approval for us to domesticate what we have at the Federal level,” Mr. Olofu said.

“But in the interim, we have what we call Store Regulation and the Procurement Guideline. That is what we follow here. But in addition to that, for you to make any such procurement, it has to go through the State Executive Council.

“It’s SEC that considers and approves all such procurement and all the steps contained in both the Store Regulation and Procurement Guidelines were followed.”

When reminded of the provisions of the RMAFC law and of the financial difficulty facing the state, Mr. Olofu said the vehicles were not given free of charge to beneficiaries.

“The vehicles are not free because we are going to deduct the funds from the salaries of the beneficiaries. It is not as if the government bought vehicles and dashed the commissioners.