For Sale - One Bedroom Executive Flat - Lagos (NGN37m)
✅ NEW - car park, swimming pool, 24 hours light/security and more.
Ad
The Presidency has reacted to extra judicial killing of another Nigerian in the South Africa by security agents.

The Senior Special Assistant to the Nigerian President on Foreign Affairs and Diaspora, Honourable Abike Dabiri-Erewa, described the killing of a Nigerian in South Africa as “worrying and condemnable”.

In a statement Dabiri-Erewa said the latest gruesome killing of Tochukwu Nnadi by Police in South Africa, was unacceptable to the people and government of Nigeria. 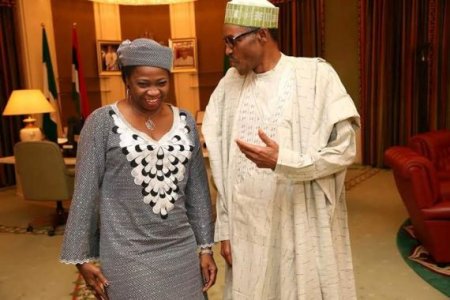 While reiterating President Muhammadu Buhari’s calls to Nigerians to avoid crimes like drug peddling which attracts stiff penalties, sometimes death, she however noted that the killing of Nnadi had brought to 20 Nigerians killed in South Africa through extra-judicial means in 2016 alone.

“The barbaric behaviour of the perpetrators is not only unacceptable, but also calls for urgent attention by diplomatic authorities in Nigeria and South Africa,” she said.

Dabiri-Erewa urged the South African government to ensure that justice prevailed by carrying out investigation and bring the culprit to book.

C
Metro So far, no Nigerian has been affected in the Gaza crisis – Abike Dabiri-Erewa says – Linda Ikeji’s Blog

K
Metro Abike Dabiri reacts to video of Nigerians being dehumanized by Ghanaian authorities, says ‘Nigerians who escaped from jail break in Nigeria have.....