FREE Nigerian Business Directory
✅ NEW - get your business listed and your information shared across social media.
Ad
Stakeholders and state governors elected on the platform of the All Progressives Congress have resolved with President's permission to do all within their powers to ensure that Senator Ike Ekweremadu is removed as the Deputy President of the Senate.

PUNCH gathered that this was the fallout of the two-hour meeting the governors had with President Muhammadu Buhari and other stakeholders at the Presidential Villa, Abuja, on Tuesday.

The Chairman of the Progressives Governors Forum and Governor of Imo State, Rochas Okorocha, had initially told State House correspondents at the end of the meeting that the governors had decided to intervene in the crisis in the National Assembly, without giving details of their intervention. 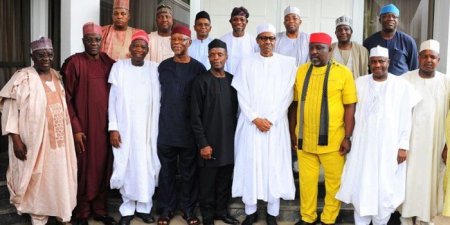 A source told PUNCH that the governors sympathised with the President (Buhari) for working with a National Assembly that is largely seen as unfriendly.

“They sought and got the President’s permission to intervene in the matter in their own way", source said.

Okorocha, the Chairman of the APC Governors forum, had on Monday, said Ekweremadu should get ready to vacate his seat as the Deputy Senate President.