FREE Nigerian Business Directory
✅ NEW - get your business listed and your information shared across social media.
Ad
Former President Olusegun Obasanjo says President Muhammadu Buhari may not do well in economy and foreign affairs, except in military matters.

“Buhari is not a very hot person on the economy and foreign affairs,” Obasanjo said. 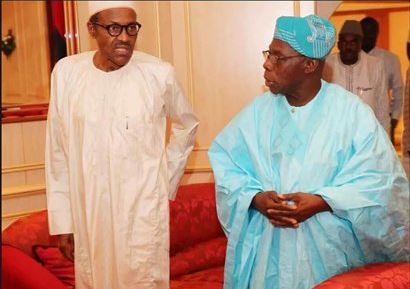 While reacting to a question posed to him by a member of the audience Obasanjo said: “I will tell you what I know and I will tell you what I don’t know. I know Gen. Muhammadu Buhari. He served under me in the military. His characteristics that I know, his behaviour that I know, he has not deviated from them. He was never a perfect man, he is not a perfect man and no leader can ever be a perfect man because they are human beings. But if you read my book, what I said about him is correct. He is not a hot person when it comes to economy. He is not a very hot person when it comes to foreign affairs. But he will do well in matters of military and he will do well in fighting Boko Haram.”

The former president also said he tried his best in fighting corruption, especially in the recovery of funds looted by the late Gen. Sani Abacha and that as of the time he left the government, about $1bn was still to be recovered.

I tend to defer from OBJ view, someone does not need to be professor in Economics before he can rule his country. that is why we have professionals as Ministers in all the ministry to advice the president, he is there to weigh the pros and cons of impact of policies on the masses and decide.