After all ministers had arrived the Presidential Villa, Abuja for the commencement of an emergency meeting of the Federal Executive Council, FEC, scheduled for 10am, President Muhammadu Buhari postponed the meeting meant to consider the 2016 budget till next week Monday.

The President is expected to present the budget to a joint session of the National Assembly on Tuesday. 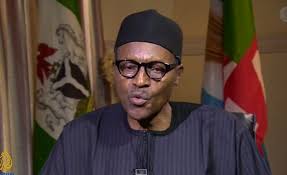 Speaking with State House Correspondents, the Minister of Information and Culture, Alhaji Lai Mohammed said the postponement was to allow the ministers reflect on some of the corrections made on the 2016 Budget proposal during yesterday’s meeting of the National Economic Council.

Noting that the FEC members were expected to do some “rejigging of figures” and return for the meeting on Monday afternoon, Mohammed clarified that, “The meeting was not cancelled. It was postponed till Monday afternoon”.

His words, “The reason is that you know there was a meeting of the National Economic Council yesterday (Thursday).