FREE Nigerian Business Directory
✅ NEW - get your business listed and your information shared across social media.
Ad
I remember that Segun, as SA media to the late President Umaru Musa Yar’Adua, passed through a path which I also passed through recently and I learnt a lot from those who worked with him, and who are still working with me in the same office. When President Yar’Adua had that medical challenge, I was the editor of Daily Sun newspaper at the time. I remember that nobody could reach Segun. He just went underground. His secretary then, who is my secretary now, pointed my attention to the sofa in my office. She said Segun would put off his phones and sleep on that sofa. So I learnt a lesson from that. I met the publisher of THISDAY newspaper a few days after President Buhari went on vacation which eventually became a medical vacation. He told me that ‘it will be a mistake to go underground, it will be a mistake to be unreachable, it will be a mistake to be incommunicado’. I said ‘but that was what Segun did’. He replied, ‘No, don’t do it’. 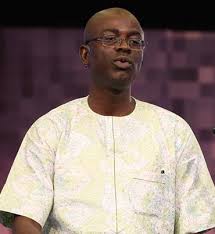 When Mr Femi Adesina, Special Adviser on Media and Publicity to President Muhammadu Buhari, explained why he has not followed my footsteps at the public presentation of my book, ‘Against The Run of Play’, last Friday in Lagos, I had a feeling that he might be speaking too soon. Going by feelers from Aso Rock, the real drama of the health challenge of President Buhari may have just started. And I feel very sorry for Mr Adesina because there is no manual for managing the media for a sick president; especially under the political climate in which we operate with all the mix of religion and ethnicity.

Tomorrow marks exactly seven years that President Yar’Adua died and, as it has been a tradition since May 2011, I usually coordinate a memorial advert for those of us who were his principal officers in remembrance of him. It is also a period when we reflect on what might have been. Against the background that President Buhari, for the third week in a row, skipped the Federal Executive Council (FEC) meeting yesterday, the rumour mill is already on overdrive while parallels are already being drawn to the Yar’Adua saga.

On Monday, Chief Bisi Akande, former Osun State Governor and founding National Chairman of the All Progressives Congress (APC), issued a loaded statement. “The health of the leader is intricately intertwined with the health of the nation. It is more so in a delicately fragile Union of Nations called Nigeria” wrote Akande who claimed to have wept when he couldn’t see President Buhari at the wedding of his grandson in Kaduna last Saturday.

Although Chief Akande attributed the health challenge to “corruption fighting back”, whatever that may mean, the point is that President Buhari’s capacity to govern has been severely diminished and the agitation for him to either take another medical vacation or resign would be more strident in the coming days and weeks, especially if he does not resume work. That then explains why the idea of a second term that some people within the administration are now canvassing, is not only silly, it is very provocative. But it is also understandable.

In a piece I did when President Buhari went on his elastic vacation in February, I borrowed from the embedded lessons in the book, “When Illness Strikes The Leaders: Dilemma of The Captive King” to examine the implications of what is happening in Nigeria right now. According to Jerrold Post and Robert Robins, “the ailing or aging leader and his close advisers can become locked in a fatal embrace, each dependent upon the other for survival: a captive king and his captive court. In the absence of clear rules for determining when a leader is disabled and should be replaced and how a successor will be chosen, illness in high office can be highly destabilizing”.

I consider it very sad that Nigeria would be going through another traumatic season like this on account of the health of the president. But we have to take Mrs Aisha Buhari’s word that her husband is not in any immediate danger. While we will come back to this issue another day, it is comforting that the handlers of President Buhari have managed the situation very well thus far. I hope it stays that way.

Of Hackers and Pirates

My web portal, olusegunadeniyi.com is loaded today. From the transcript of what President Buhari’s spokesman, Mr Femi Adesina said at my book presentation to that of his immediate predecessor, Dr Reuben Abati, there are revealing insights for readers. I thank both of them for attending the book presentation. On the web portal, there is also the speech by former Head of State, General Abdulsalami Abubakar who, as chair of the occasion, arrived 10 minutes before the scheduled time of 10am to meet Chief Emeka Anyaoku, Mr Remi Makanjuola and several other members of their generation who were more disciplined and had to be kept waiting for almost an hour before we started the event. On the website also is the book review by Dr Okey Ikechukwu. It also contains the addresses of the bookshops/places where the books can be purchased.

Meanwhile, I have been overwhelmed by the kind words and messages of solidarity, following the hacking and free distribution of my book, ‘Against The Run of Play’. While I thank all the people who have taken it upon themselves to fight the infringement on my intellectual property in the social media, and I have seen several efforts, I want to make two things clear. One, this battle is not about me. Two, given where I am coming from, I am not so much bothered by what happened. Perhaps, I should explain that.

I wrote my first book, ‘Before The Verdict’, in 1991 as a fresh reporter with The Guardian on Sunday. I collected the CVs of the 23 presidential aspirants in both the Social Democratic Party (SDP) and National Republican Convention (NRC) which I then used to write their profiles. In my naivety, I imagined that members of the two political parties would find it useful before making their choices. I expended all my savings on it yet at the end, only one person paid for a copy: Mrs IretiKingibe. I am not sure any other person read the book.

Following the disqualification of the 23 presidential aspirants, I updated the book with the reports of the primaries that led to their disqualification and titled it ‘Fortress on Quicksand’. I printed about a thousand copies which I hawked around. The only person I can remember who gave me any money after collecting two copies of the book is Dr Ibrahim Datti Ahmed, one of the disqualified SDP presidential aspirants at the time. A year later, I wrote “POLITRICKS: National Assembly under Military Dictatorship”.

Despite the fact that the book captured the entire debate on the June 12, 1993 presidential election as well as all the drama preceding it, I got no feedbackthat any of the people who took the copies, free of charge, read it. Yet, that did not deter me from writing, in August 1997, “Abiola’s Travails” to mark his 60th birthday at a time the winner of the annulled June 12, 1993 presidential election was in detention. For that effort, only the then Chairman of PUNCH newspaper, Chief Ajibola Ogunsola gave me any financial support. That in itself is very instructive since I was at the time a staff of Abiola’s Concord newspapers.

In all those efforts, what motivated me was to tell the background stories of the political developments at the time even when it was not financially rewarding. But by the time I got married in December 1998, I had to come to terms with the fact that I no longer had any money to waste on books that I was not sure people were reading.

However, early in 2005, then as the editor of Sunday THISDAY, I wrote a column about those goading President Olusegun Obasanjo to seek a third term in office. Many of them were involved in the late General Sani Abacha’s controversial transition programme that was designed to end with his adoption and I named names. The responses I got to the piece suggested that majority of Nigerians had forgotten. That was the inspiration for another book: The Last 100 Days of Abacha.

Before I wrote a single line, I sent a mail to Nobel Laureate, Prof Wole Soyinka that I was writing a book on Abacha and I would want him to present it for me. Days turned to weeks and I didn’t hear from him. Then, one day, I got a mail from him saying he would be in the country within two weeksand that he would like to see the manuscript. I had not even written a single line!

I went to Vanguard, PUNCH and Daily Times where I spent days using their libraries after which I wrote the draft. On completion, I sent the draft to Reuben Abati to help me look at. He called to say that he enjoyed it and that he would write a comment which I could use any way I liked. Without solicitation, that was how Reuben wrote what I turned to the Foreword while Col Abubakar Dangiwa Umar (rtd) wrote the Postscript. The book sold out within weeks despite the price tags of N8,000 for paperback and N15,000 for the hardback editions. It was the first financially rewarding book I wrote.

The next book of course was “Power, Politics and Death”. Even though it was hacked from Day One, I still made some good money from it. In 2012 and 2013, I worked on The Verbatim Report (The Inside Story of the Fuel Subsidy Scam). It took me more than one year to complete but at the end, I put the book on my website for free download. It is one of the most extensive works on our oil and gas industry. It is about 800 pages. Interested readers can still download it free on my web portal just like the Abacha book.

I have gone to this length to let readers know that my motivation for writing has always been to tell compelling stories that would be read while monetary consideration is secondary. However, as I stated in the statement I released on Sunday, I am more worried for people in creative arts and sciences, especially those in Nollywood, who are practically at the mercy of hackers and pirates. When creative people in both the arts and sciences cannot be guaranteed the legitimate benefits of their sweat and investments, they lose the incentive to take the risk to create and innovate. And when that happens, the whole society loses.

I thank all the individuals and groups who have taken it upon themselves to fight not only for me but against intellectual theft.

Re: President Buhari HC
The situations of Yaradua and Buhari are similar viz a viz Adeniyi and Adesina they are not same otherwise decisions and actions on ailing presidents will be a straight jacket. Nevertheless, morality and professionalism should be brought to bear.

Re: Of Hackers and Pirates
The Internet 'thing' is so disruptive. Build firewalls, do encryption and weave around it n levels of authentication - hackers are more dangerous. Internet is a revolution. It was a robot that the USA couldn't fight at the last election, ask Russia.
I think we need the moral angle to fight hackers.
You must log in or register to reply here.

May 2, 2019
jade
J
C
Politics ‘I have spoken with President Buhari who is committed to end the #EndSARS impasse’ – Ghanaian president, Nana Akufo-Addo – Linda Ikeji’s Blog