President Goodluck Jonathan has reportedly given a marching order to authorities in the power sector to conclude all necessary arrangements and plans to sign the contract for the construction of the Mambila hydro-power plant in Taraba State.

The Minister of State for Power, Mr. Mohammed Wakil, disclosed this at a rally for Jonathan in Gombe on Monday by the Special Assistant to the Minister on Media, Mr. Olawale Rasheed, Punch reported.

“The Mambilla hydro dam has reached about 95 per cent completion. This is in addition to the new transmission lines across the zone.

“We are pushing ahead with the 330kv transmission sub-station to be located in the region. And the Federal Executive Council has just approved another transformer for the state. This is the first time an addition to the transmission capacity of Borno State is being made since 1976.” 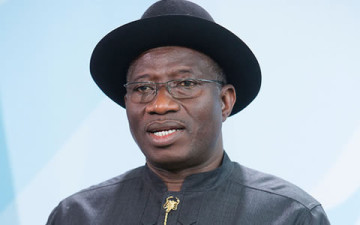 K
World Jonathan to Trump: It is better to gain honour at the cost of losing power – PM News