FREE Nigerian Business Directory
✅ NEW - get your business listed and your information shared across social media.
Ad
Patrick Mugadza, controversial Zimbabwe Prophet and leader of the Kariba Church, has revealed that President Robert Mugabe will die on 17th of October 2017. 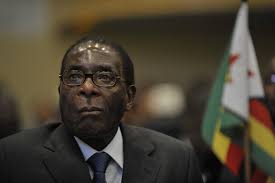 Mugadza said God told him on the 26th of December 2016, while he was praying that the 92-year-old president who has been ruling for thirty-seven years was not going to see the end of 2017 ; Zim News reports.

''I just want to tell you something concerning the year 2017. It is a very special year because of number SEVEN and at the same time also, 2017 collides with 37 years by which Zanu PF has been ruling this beautiful nation of Zimbabwe, but something is going to be happening also, which is very critical for us to know.

''It was on the 26th of December 2016 when I was in prayer and God said to me this coming year 2017 the President is dying and he told me that he is dying on 17th of October, like I said earlier on that I am not happy for somebody to die but, this is something that is going to happen.''

''People may ask me if what he does not die. I do not know how much he believes in prayer but he has to do something about this prophecy, I would not want to force anyone to believe this but I am just saying it because this is what God told me, so it is up to the individuals to believe if it is going to happen or not.''

He also revealed that the president can only save his life by going to the public to confess that he does not want to die.

Curators
and God help you if he doesn't
P

curator said:
and God help you if he doesn't
Click to expand...

He will take his place if he doesn't. No doubt.

Even if he dies on that day or not, what i know is that the man will die a complete man

World Mugabe’s tractors, trucks to be auctioned to pay off debts – News24