The prophet in a chat with journalists on 2016/2017 predictions to the nation said: “President Buhari must appoint competent people to manage the economy, that is, people who understand what economy is all about. A nation without vision will perish. He must also reform the CBN”.

Speaking further, he said that if the government appoints its economic team, it must ensure that they are people capable of discharging their duties effectively.
On the energy sector, he advocated the privatisation of the sector. 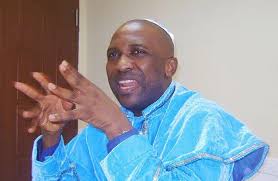 According to him, “until the energy sector is totally privatised, and devoid of any administrative control we will still be facing ups and downs.’On aviation, he said government should provide the necessary infrastructure at the nation’s airports for airplanes to land without mishaps.

I have always thought these were the best people to get advice from. How they all got so rich from preaching in Nigeria
P

TheLeftWing said:
I have always thought these were the best people to get advice from. How they all got so rich from preaching in Nigeria
Click to expand...