Entertainment Prince Eke - My Marriage to Muma Gee Is Over

FREE Nigerian Business Directory
✅ NEW - get your business listed and your information shared across social media.
Ad
Nollywood Actorm Orince Eke has confirmed reports that his marriage to Muma Gee has hit the rocks. 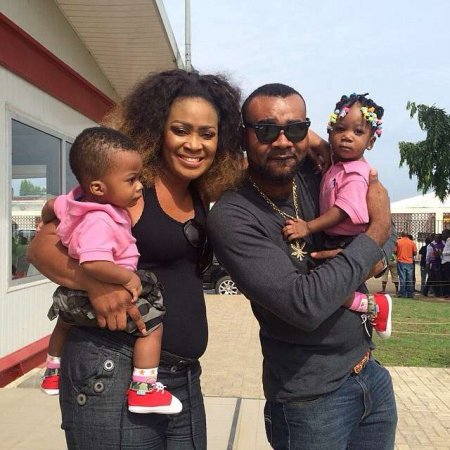 In an exclusive chat with Linda Ikeji Blog, the actor revealed that they have been separated for 3 months. On Why they were separated he said, ''Let’s just say it didn’t work. We are not compatible. Talking about Muma Gee now is going to remind me of things I have forgotten. I have moved on and she has also moved on. I don’t want talk to Muma Gee again.''

He also disclosed that though they were yet to file for divorce, once that was sorted Muma Gee will have primary custody of the kids.

Sep 21, 2016
abujagirl
A
E
Entertainment ‘My Wife Is The Best Cook’ – Mercy Johnson’s Husband Prince Okojie Gushes Over Her Cooking...

Mar 3, 2018
ese
E
M
Entertainment There Is No Limit To What My Husband & I Do In The Bedroom - Nollywood Actress

Sep 10, 2018
mrsam
M
A
Entertainment Prince Okojie: Why My Marriage to Mercy Johnson Has Lasted Despite Celebrity Breakups