Business Privatisation of NIPP Stalled by Shortage of Gas- BPE

The BPE Head of Public Communications, Mr Chigbo Anichebe, made the fact known in a statement in Abuja on Wednesday.

Dikki said that allegation that the NIPP power plants were stalled for political reasons was untrue.

He said that the delay was also borne out of the need for a dependable gas agreement before take-off so that the transaction would be bankable.

Dikki said that concerted efforts were being made to secure reliable gas supply that would enable the signing of the gas agreements.

``The key objective of the privatisation of the power sector was to reduce the cost of doing business in Nigeria so as to attract new investments through the provision of quality and dependable power supply.

``This is necessary to grow the economy through industrial, commercial and socio-domestic activities.’’

He said it was ``also necessary to provide Nigerians with basic and affordable electricity infrastructure.

``This will create employment, a robust commercial, competitive and sustainable electricity market that is private sector driven thereby redirecting government savings to other sectors.’’

Dikki said the capital expenditure needs of the NIPP plants would be around 1.8 billion dollars (N288 billion) in the next five years before it could perform maximally.

``The power sector generally will require billions of dollars of expenditure over the next five years and this expenditure is needed in order to achieve the goals of the electric power reform programme.

``BPE will ensure that the purchasers are contractually obligated to make investments while the Nigerian Electricity Regulatory Commission will monitor the implementation of these requirements closely and continuously,’’ he said. 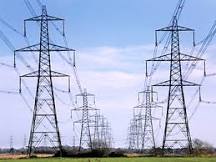