Disturbing reports coming in from Aba in Abia state have it that all major markets, schools and Banks have closed down following heavy gun fire in the city as Police and Soldiers clampdown on Biafran protesters.

According to the Nation, Soldiers of the 144 Battalion of the Nigeria Army were said to have clashed with the pro-Biafrans as they protested the release of their leader, Nnamdi Kanu.

Unconfirmed reports say one person has been dead. 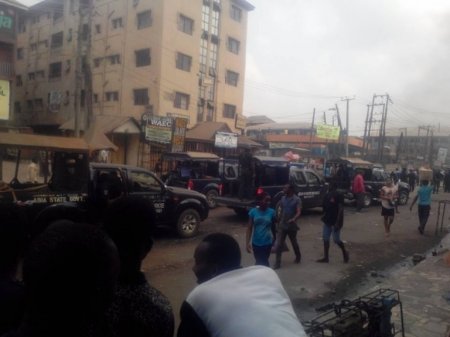