Aisha Jummai Al-Hassan is Nigerian politician and one time Senator of Taraba North constituency of Taraba State, position she won under the platform of the People's Democratic Party (PDP)

Aisha Jummai Al-Hassan is a fulani. A lawyer by training, became the first female to be appointed Taraba State Attorney General and Commissioner of Justice 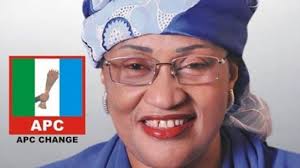 She was first woman to be appointed as Secretary FCT judicial council and later appointed the Chief Registrar of the High Court of the Federal Capital Territory, Abuja

She is an ardent supporter of the Taraba State Football Association

She contested for the Gubernatorial election of Taraba state in April 2015, narrowly defeated by the PDP candidate and later regained her mandate through the election petition tribunal.

She is currently a Minister-designate of President Mohammadu Buhari's led administration, screened and confirmed by the Senate.