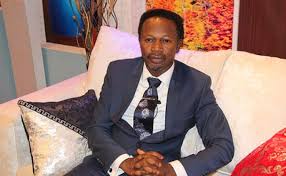 According to Zambian Watch, Pastor Iginla said, ''I said this prophecy in 2015 and 2016, i am repeating it again in 2017, i see the country of Zambia mourning again before 2018. I had a chance to warn the President of that country not to turn against God. "

"I see that country being divided on tribal lines, this is going to be promoted by the party in power, they mean no good to that country, but very soon God is hearing Zambians and all will be well. That country will be taken over by a Christian and will change the lives of people" charged the prophet.''

In 2015 and 2016, Prophet Iginla said there is no way Edgar Lungu is going to finish his two term in office after the 2016 General Elections because he was going to kick the bucket.

Metro Zambian President Wants U.S. Ambassador Out Of The Country (See Why) – Naijaloaded