Curators
Russian President, Vladimir Putin held a rare meeting with Syrian leader Bashar al-Assad on Thursday and said the situation in Syria is now favourable for the beginning of a “political process” which would lead to the withdrawal of foreign forces.

“After the military success (of the Syrian army in recent months) supplementary conditions have been created which favour the start of a political process............... 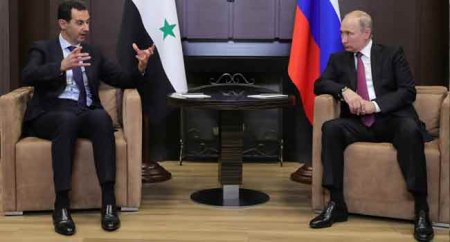