Sports Rafael Nadal ends his season to have surgery on appendicitis

For Sale - One Bedroom Executive Flat - Lagos (NGN37m)
✅ NEW - car park, swimming pool, 24 hours light/security and more.
Ad
Rafael Nadal has ended his season in order to proceed and have an appendicitis surgery next month.

The world number three has now pulled out pf the season-ending ATP World Tours event taking place at the O2 Arena in London.

After losing to Borna Coric in the quarterfinals of the Swiss Indoors in Basel, Nadal announced that he has decided to end his season and proceed to have the suspended surgery.

"I'm not going to Paris and London - I'm not competitive enough," said Nadal.

"I am going to have surgery on 3 November."

"It's the day to say goodbye to the season," Nadal said on Friday. "It's been a very hard year for me, mentally and physically. I'm not going to play Paris and London, I'm not competitive enough for that. I need to do the surgery for my appendix and I need to work on my back.

"I need five weeks of rest and I want to have one month to try to work as much as I can to be ready for 2015. The only way to work on being fit is to be healthy. I need to fix all the things in my body first." 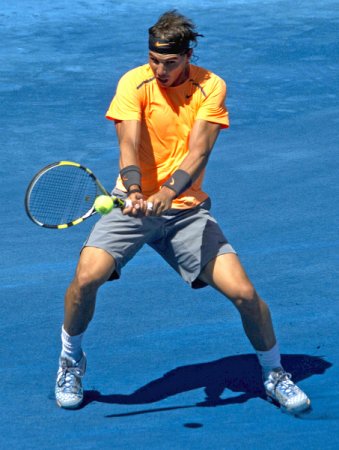