The chairman, who has spent 37 years in ram business, attributed the poor patronage to economic downturn. “Last year was far better because around this time, we had buyers all over the market. A dealer sold 30 to 40 big rams on a daily basis. But this year, we hardly sell 10 rams daily”, he said.

The chairman said despite the economic hardship, the ram prices are higher this year. 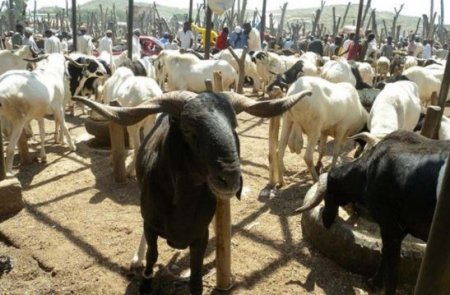 Also, ram sellers in various markets in Ibadan on Friday decried low patronage, barely a week to the Eid-el-Kabir celebrations.

A correspondent of the News Agency of Nigeria (NAN), who visited many markets in the area, reports that ram sellers were seen discussing the development.

At Temidire 30-30 in Bodija, Akinyele, Liberty road and Mokola, rams were seen in various sizes tied to stomps with no buyers in sight.
Last edited by a moderator: Aug 27, 2017