Top on the bill at the concert holding in partnership with the Institut Francais of the French Embassy and Air France are singer and flautist, Diana Baroni who is rooted in the classical, folk and music of her native South America. Also,there is also guitarist and multi-percussionist, Rafael Guel, who combines South American baroque and traditional music and French contrabasse player Simon Drappier.

Also performing at the concert are the Olaiwola Sakara Band, one of the foremost exponents of Sakara music around today and the MUSON Ensemble, a classical chamber ensemble set up by Jegede in 2015 to develop a new aesthetic within contemporary classical composition. 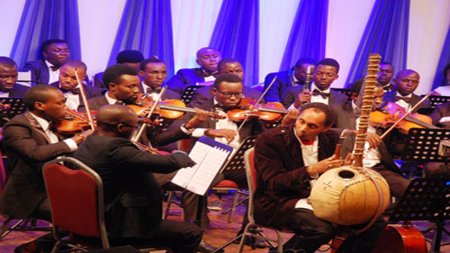 The initiator, Jegede, is not left out. The composer, producer, cellist and kora virtuoso with over 25 years experience working in diverse fields of music will also be performing at the concert.