Sales of Rape tapes are becoming a booming business in India. 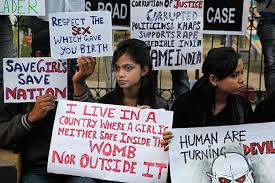 Aljazeera reports that in kiosks in Uttar Pradesh, videos of what appear to be rapes from around the country are sold for less than $3. The faces of the women are visible in these films. Their voices are clear. The attacks on them are brutal.

Meanwhile, the police in the areas where the tapes are popular have denied having any knowledge pf the sale. The Inspector General of Police for Meerut Range, Ajay Anand, told Al Jazeera that he was too new to the job to know anything about the videos.

"I have been posted here recently. Hence I don't have any idea of these rape videos being sold in the market," he said.