For Sale - One Bedroom Executive Flat - Lagos (NGN37m)
✅ NEW - car park, swimming pool, 24 hours light/security and more.
Ad
In this interview, Australian negotiator, who has been working closely with the leadership of the Boko Haram sect, pleads with the group to seize the window provided by the death of Shekau to end the destructive cycle of insurgency in parts of Nigeria, free captured Chubok girls and return to normal life. Excerpts:

I have never heard any political party mentioned by any Boko Haram leader as funding or being associated with Boko Haram.

The Boko Haram commanders have only mentioned individuals like former Governor Sheriff. I heard Sheriff was APC and now PDP but that is irrelevant to me 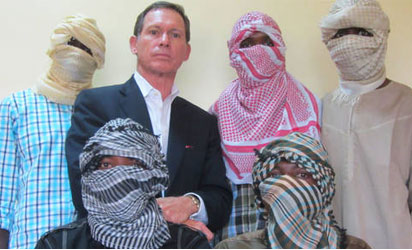