For Sale - One Bedroom Executive Flat - Lagos (NGN37m)
✅ NEW - car park, swimming pool, 24 hours light/security and more.
Ad
Sahara Reports says a pastor of the Redeemed Christian Church of God who had been in Boko Haram captivity for the last ten months escaped on Tuesday in Borno state.

Pastor Rotimi Obajimi, who served as a pastor in the rural area of Borno/Yobe province, was on his way to Maiduguri on January 6th this year when Boko Haram militants abducted him.

According to a pastor in Redeem church in Maiduguri told SaharaReporters that they were surprised to see Mr. Obajimi emerge from nowhere, he said, “we were so amazed to see him because we have been praying earnestly for long time trusting Jesus that he would surely come back but lo and behold he was brought to our headquarters in Maiduguri by the military.” 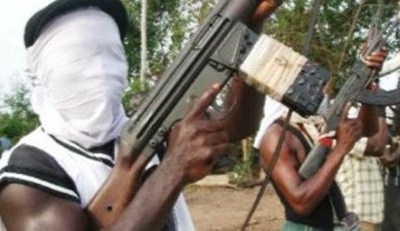