For Sale - One Bedroom Executive Flat - Lagos (NGN37m)
✅ NEW - car park, swimming pool, 24 hours light/security and more.
Ad
A new proposal requesting the Central Bank of Nigeria to pay N50bn yearly into the Resolution Cost Fund, a fund created by the Asset Management Corporation of Nigeria Act to bail out distressed banks and other financial institutions, was blocked by the House of Representatives on Thursday, the Punch reports.

In the extant law, the CBN is empowered to pay the N50bn “from time to time” as determined by the Board of the apex bank.

The lawmakers instead retained the mode of payment prescribed in the Principal Act after considering the report on the amendment on Thursday, which was submitted by the House Committee on Banking/Currency.

Section 61(2), which contained the new proposal, was rejected by members.

“There is no provision showing how the money will be recovered. Are we saying that the Federal Government has become Father Christmas? We are creating room for massive corruption.” 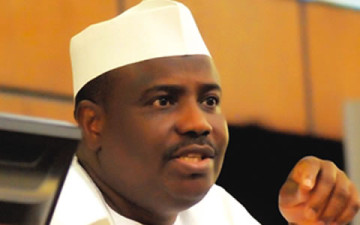