For Sale - One Bedroom Executive Flat - Lagos (NGN37m)
✅ NEW - car park, swimming pool, 24 hours light/security and more.
Ad
Lawmakers in Abuja on Monday decried the high cost of the forms for expression of interest and nomination for the 2015 general elections being sold by political parties in the country.

Rep. Umar Jubril (APC-Kogi) told the News Agency of Nigeria (NAN) that the costs of the forms would make qualified politicians to shelve their ambitions.

Jubril said that although parties used the sale as means of raising funds, it also contributed to the high cost of political campaigns in the country.

Similarly, Rep. Aminu Jonathan (PDP-Plateau) said that the cost and high cost of campaigns made the practice of democracy an exclusive right of elites.

``It is for people who have the wherewithal to participate in the process of democracy.''

According to Jonathan, the high cost of forms is preventing people who have the desire to serve the public not to do so.

``Look at the sum of money needed in this democratic process.

``The one that is quite worrisome is the issue of young persons who are at 25 years.

``A member of the house of assembly, as provided by the constitution, is from age of 25 and how can a person at 25 years have access to N1.5 million to buy forms?

``So to an extent, this is a contradiction.

``I think that this does not give room for people who are really having the desire to contribute meaningfully to the country because of the issue of funds,’’ Jonathan said.

In All Progressives Congress (APC), aspirants to the office of the President are expected to pay N27.5 million; state chairman, N100,000 and aspirants for state executive committee, N30,000. 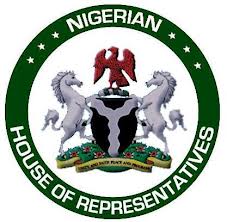 Politics APC Made N13bn From Sales Of Forms To Aspirants – Stella Dimoko Korkus.com