The Rivers Government under the leadership of Governor Nyesom Wike has approved 100 per cent increment in the monthly allowance of National Youth Service Corps (NYSC) members deployed to the state.

Mr Kenneth Kobani, Secretary to the State Government (SSG), told the News Agency of Nigeria (NAN) on Monday in Port Harcourt that the allowance was increased from N5,000 to N10,000.

Kobani said that the corps members would soon receive the new allowance.

“The allowances of the corps members have been increased, and Gov. Nyesom Wike has approved the increment. “I have discussed it with the NYSC State Coordinator. They will get the funds shortly, the governor has approved it,” he said. 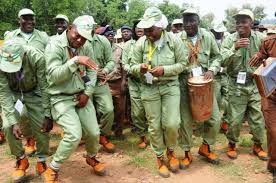 Kobani said the state government would continue to support the NYSC in providing facilities at the permanent orientation camp.