The encounter which has no significant impact in the group considering the fact that Egypt have already won the sole ticket for the bi-annual tournament, saw Nigeria dominating possession for the entire part of the match but couldn't convert some of the glaring goal scoring chances that came their way. 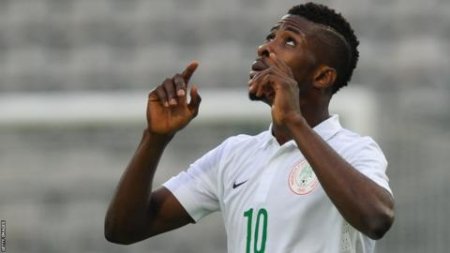 Most culpable was Odion Ighalo and Iheanacho who failed to open the floodgate of goals in the first half as their attempted shot went wide the post.

However, in the 77th minute, Iheanacho gave the fans something to cheer about with a spectacular shot that went straight into the back of the Tanzania's net for Nigeria's only goal of the game.