World Russian Plane With 224 Aboard Crashes, All Passengers Feared Dead

For Sale - One Bedroom Executive Flat - Lagos (NGN37m)
✅ NEW - car park, swimming pool, 24 hours light/security and more.
Ad
A Russian airliner has crashed in central Sinai with about 224 passengers and seven crew members on board in Egypt. Those aboard include 200 Adults, 17 Children, 7 Crew all were said to feared dead. 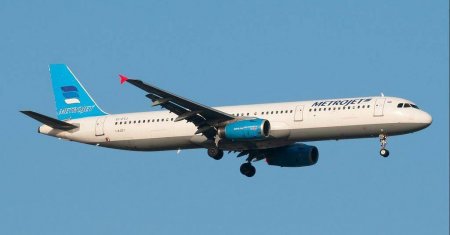 Confirming this to BBC was the office of Egypt’s prime minister, which stated that the Airbus A-321 had just taken off from the Red Sea resort of Sharm el-Sheikh, on its way to the Russian city of St Petersburg.

As at the time of filing this report, it was not clear yet, where the plane crashed as some suggested that it had disappeared over Cyprus.

Most of the passengers on the plane operated by the Russian airline, Kogalymavia, were said to be Russian tourists.

Mar 20, 2017
ProfRem
P
P
World Egypt Air: What We Know So Far About The Missing Flight