Senegalese international Sadio Mane has been rewarded for his fine form throughout August and September with the PFA Fans’ Player of the Month award. 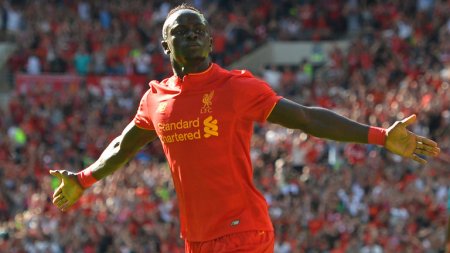 Mane scored three goals and laid on another in five appearances for Liverpool Fc in the league, marking a hugely positive start to life on Merseyside.

The Senegalese made the £30 million move from Southampton in the summer amid concerns over his consistency, but has confounded expectations by slotting in seamlessly in Jurgen Klopp‘s 4-3-3.

The award, spread across the first two months of the season due to its mid-August kickoff, was voted for by fans on the Sky Sports website.