Politics Sagay: Obasanjo is president-general of Nigeria for life… in his mind - The Cable

The constitutional lawyer said Obasanjo does not portray himself as a former president of the country. 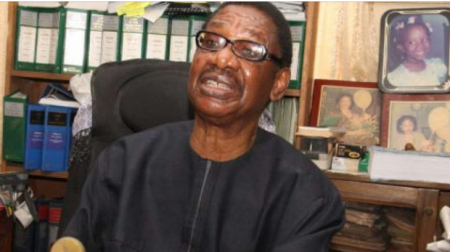 E
Politics If we expose those in Buhari govt, they’ll not only go to jail, they’ll go to hell – Obasanjo - Punch Newspaper