In the poll conducted by the online newspaper, the current senate president, was one of the six politicians available as options for participants.

About 22.6 per cent of the participants (716 voters) said they believe Mr. Saraki, former governor of Kwara, would go back to the PDP.

All the listed politicians had something in common: they all joined Nigeria’s ruling APC from the Peoples Democratic Party, PDP, in the build up to the 2015 general election. This fact, may have been responsible for 13.7 per cent of participants (433) saying they believe all of them will return to the PDP.

A total of 3,170 readers participated in the online poll which lasted for five days and was carried out in a way that made it impossible for a respondent to vote more than once from the same computer or mobile device.

The participants were asked a single question: Who among these politicians do you think will go back to the PDP? 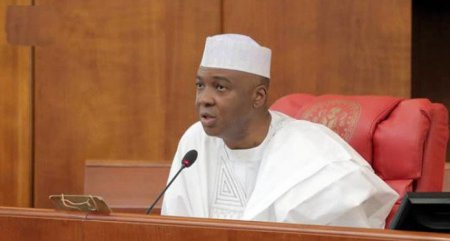 In the poll result, Saraki was closely followed by Rabiu Kwankwaso, a former governor of Kano State, with 20.6 per cent (652 participants)

Others are: the Minister of Women Affairs, Aisha Al-Hassan