Saudi Arabia has formed a coalition of 34 mainly Muslim countries - including powers such as Egypt and Turkey - to coordinate a fight against "terrorist organisations".

The Saudi government said the multi-national coalition includes Turkey, Pakistan, Nigeria, Qatar, Egypt, Morocco, Yemen, and Jordan, but other details were not immediately disclosed. Saudi Defense Minister Mohammad bin Salman Al Saud said the alliance will not just confront the Islamic State (ISIS) group, but "any terrorist group in front of us." 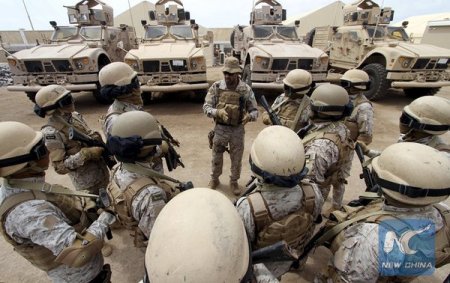 The coalition will operate a joint operations center in the Saudi capital of Riyadh and coordinate with other international bodies to combat terrorism, a statement said. It emphasized human dignity and the rights to life and security, and said the coalition is committed to eliminate terrorism through the use of international legal instruments.

The newly-formed coalition is separate from the U.S.-led Combined Joint Task Force, which includes a wide range of countries, including Jordan, Bahrain, Saudi Arabia, Turkey, and the United Arab Emirates. The Combined Joint Task Force carries out airstrikes against Islamic State (ISIS) militants in Iraq and Syria, though not all countries participate in the airstrikes in Syria.

The United States welcomed the announcement of the anti-terrorism alliance.

Coalition with the Saudis to fight terrorism?
A

hmmmmmm muslims wahala pay back time, is the lord doing.

Something is fishing here!