According to THE SUN, prior to his murder, Akpeni had just returned from a political meeting in Yenagoa, the Bayelsa state capital. He allegedly got a call from someone who identified himself as an engineer and requested him(Akpeni) to come for a meeting to check something out. He was said to have left the house and called the number of the engineer repeatedly, but when the number was not going through, he began to return home.

His three assailants reportedly shot him at close range,just in front of his house.

His body has since been deposited at the Federal Medical Centre (FMC) mortuary and police investigation into the murder has began. 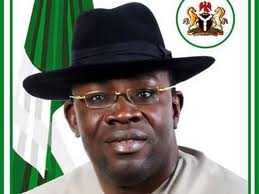