The Independent Corrupt Practices and Other Related Offences Commission (ICPC) in the document, ICPC/P.E/27/S.1, which was dated April 22, 2016 informed that some states are yet to fully utilize the Federal Government bailout fund. 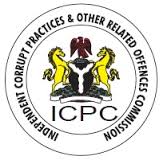 The agency also indicted some of the states for diverting the bailout funds which were meant for workers’ salaries to other use.