FREE Nigerian Business Directory
✅ NEW - get your business listed and your information shared across social media.
Ad
Dr. Taiwo Solaja, a pathologist involved in determining the cause of death of Nigerian Senator, Isiaka Adeleke has given the cause of death to be "multiple aspiration" or choking due to drug overdose.

The pathologist testimony was delivered at the Coroner's inquest set up by the Osun state government to unravel the real cause of Senator Adeleke's sudden death on April 23, 2017. 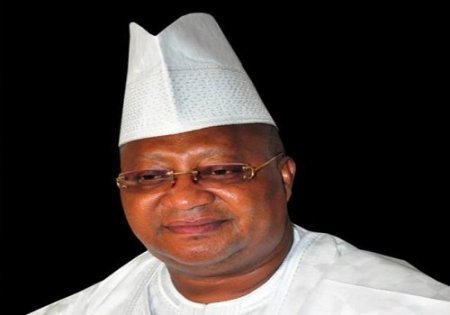 In addition to the drug overdose, Dr. Osilaja also stated that his team found excessive alcohol, sedatives, and painkillers such as Diazepam and Analgin in the body of the late Senator. Analgin has been banned by the Nigerian government for over 10 years according to the Chief Medical Director of LAUTECH Teaching Hospital, Professor Akeem Lasisi.
E

How come all this
P

Who could be behind this
E

I hope they get to the root of this matter
M

Emmanuel Chinonso said:
I hope they get to the root of this matter
Click to expand...

Yes, They must find the root of the matter.
C

And what do you mean by that. Nobody has the right to take any body's life

L
Politics Adeleke's Family Issues Statement on Cause of His Death, Autopsy