Chairman of the Committee on Works, Senator Kabiru Gaya disclosed this yesterday when the Minister of Power, Works and Housing, Mr. Babatunde Fashola appeared before his Committee for budget defence. 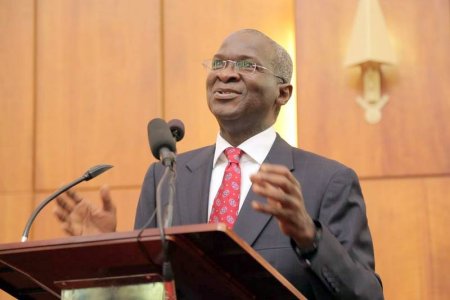 Gaya demanded the minister to check the details of such contracts and report back in the next meeting noting that there is no point giving a contractor mobilization fee when he cannot perform.
Responding, the minister promised to check and get back to the committee.