FREE Nigerian Business Directory
✅ NEW - get your business listed and your information shared across social media.
Ad
The 2016 Wimbledon Women winner, Serena Williams, has in harsh tone replied US Republican Presidential Nominee, Donald Trump after he referred to her as his ‘favorite black American woman friend.’ Trump on twitter announced that he had quite a lot of black American friends and that Serena, who recently won her 22 major tennis title, was one of his favourites. “I have many, many black friends. Nice people. My favorite black American woman friend just won Wimbledon…” He tweeted. 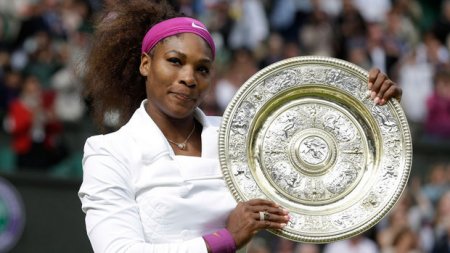 However, Serena swiftly replied Trump’s tweet refuting his claim and demanding that he stops thinking and saying that. “No, no, no. I am not your black American woman friend. Stop saying that. Stop thinking that. Just stop.” She wrote.

Trump had, over the weekend, admitted that racial division in the United States has worsened following attack on police officers at a peaceful protest in Dallas on Thursday.

This story is absolutely false. It is unclear why the African press is repeating this nonsense. The story was merely someone's "thoughts" on their Facebook page. Complete misrepresentation.
P

robert bob said:
This story is absolutely false. It is unclear why the African press is repeating this nonsense. The story was merely someone's "thoughts" on their Facebook page. Complete misrepresentation.
Click to expand...