FREE Nigerian Business Directory
✅ NEW - get your business listed and your information shared across social media.
Ad
Two days after her stunning loss to Garbine Muguruza in the French Open final, Serena Williams scored a different win on Monday, when Forbes Magazine reported she has overtaken Maria Sharapova as the world's highest-paid sportswoman. 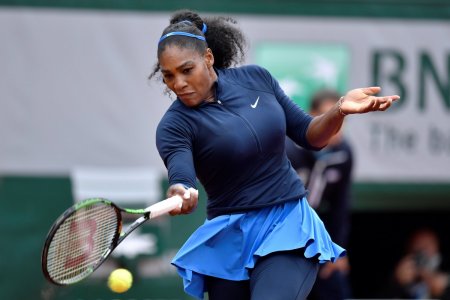 Williams earned $28.9 million over the past 12 months. That makes her the world’s highest-paid female athlete over that span, unseating the Russian tennis star, Maria Sharapova who had held the title the past 11 years.

Williams, 34, has dominated her sport for a decade and a half. She won her second Grand Slam in 2002 and has added 19 more since then. Her career prize money of $77.6 million is more than twice as much as any other female athlete.

Source: Forbes
You must log in or register to reply here.

Sports US Open: Serena, Sharapova to clash in first round blockbuster – Vanguard News