FREE Nigerian Business Directory
✅ NEW - get your business listed and your information shared across social media.
Ad
Toronto Sisters, Jyoti and Kiran Matharoo who were charged to court for trying to blackmail Nigerian Billionaire, Femi Otedola said they were forced to apologize. 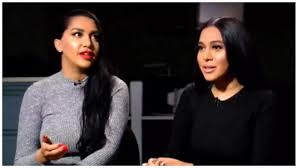 The Sisters who have since defaulted on their bail terms and are back home in Toronto told CTV News Toronto, that they agreed to make the apology video in return for their international passport. They claimed they were offered a deal in exchange for their freedom – admit to running the blog and damaging the reputation of Otedola and they’d be given their passports and let go.
Out of fear for their lives, the sisters say they signed an undertaking.

The sisters said they were scapegoats in the Nigerian authorities’ alleged attempt to cover-up a “national embarrassment” involving a person with “power and money.”

Hmmm... something is not right here
J

Who forced who?
J

You are just looking to be noticed, now you have been noticed

K
Sports None of them can say that they were at my level or better’ – Samuel Eto’o dismisses El-Hadji Diouf and Didier Drogba claims to be the greatest....

Jan 26, 2017
abujagirl
A
A
Entertainment How Toronto Sisters Landed in Jail For Trying to Extort Otedola