For Sale - One Bedroom Executive Flat - Lagos (NGN37m)
✅ NEW - car park, swimming pool, 24 hours light/security and more.
Ad
Roger Federer rose to the occasion in his semifinals clash with Novak Djokovic,defeating the Serbian to qualify for the final of the Shanghai Masters tournament.

The Swiss brought his 'A' game to the table and strolled to a straight sets victory 6-4 6-4 .

It was the 36th clash between the pair,and Federer after the win on Saturday extended his lead over Djokovic to 19-17 in their head to head meetings.

The 33-year old will now play against Gilles Simon in Sunday's final in Shanghai.

Simon defeated Feliciano Lopez 6-2 7-6 (7-1) in his own semifinal game to book a place in the final. 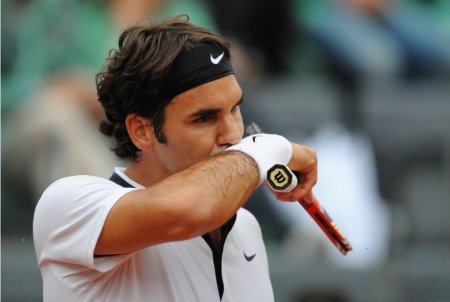