Sani, in a statement released on Thursday, said that Nigerians should not believe the governor and insisted there was no way Mr. El-Rufai would be earning less than half a million naira in a month.

“The general public should not be deceived by Kaduna Governor’s stunts and public presentation of his work of fiction he calls security vote.

“Whoever can believe that a state governor lives on less than half a million monthly is either hypnotised, dazzed or high on an inebriate.

“If you are convinced that Kaduna Governor transparently spent his security votes on CCTV camera visit Kaduna if you will ever see one security camera.

“If you are convinced that the Kaduna Governor transparently spent his security votes on the police, please ask him from which of the votes does he pay the Herdsmen?” 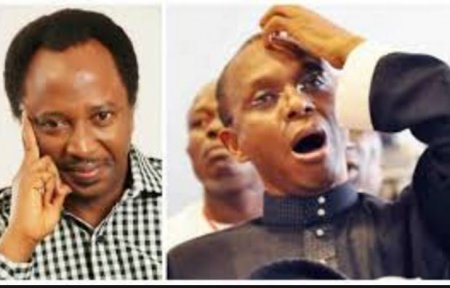 Sani added that: “the Nigerian public cannot know who is a saint or a sinner in power, it always has to take men out of power for the public to know what exist beneath the throne.”

He also said corruption was hidden in the files of public documents.

“Nigeria’s lost wealth is not just in Swiss banks and dubai real estate; it’s not just hidden in cesspit holes and in dusty ceilings; it’s in the files of conduct bureau well protected by the law of secrecy.

“Apart from PMB and VP Osinbajo, no other vendor of change is willing to publicly declare his asset. Everyman on the throne of power stands in the dock of history and posterity,” he said.
Share:
Facebook Twitter Reddit WhatsApp Email Link
[2962]