For Sale - One Bedroom Executive Flat - Lagos (NGN37m)
✅ NEW - car park, swimming pool, 24 hours light/security and more.
Ad
An agreement between oil giant Shell and the UK law firm CW Law was blocked by the High Court in London on Thursday in relation to over 7,000 claims of Nigerians, which the Marble Arch based law firm claimed it represented, in a dispute over oil spills in Nigeria, according to BusinessDay.

Justice Akenhead, the president of the Technological and Construction Court, also upheld an injunction against CW Law which prevents them, or anyone representing them, to make contact with the people of Bodo in furtherance of the settlement agreement.

He said the case will proceed to trial in the High Court next year and that many thousands of claimants are entitled to damages under the Oil Pipelines Act which could be substantial.

Shell is being accused of two leaks from its pipelines in 2008/09, which allegedly devastated the environment surrounding the community of Bodo in Gokana Local Government Area, Rivers State.

Bodo is a fishing town. It sits in the midst of 90sq km of mangroves swamps and channels, which are the perfect breeding ground for fish and shellfish. 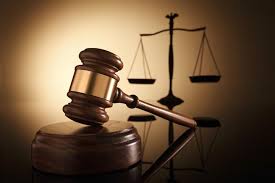