The Islamic Movement of Nigeria (IMN), otherwise known as Shi'ite, has accused 5 state governments of using collection of security agents and operatives to launch attacks on its members.
The states are; Kaduna, Katsina, Kano, Plateau and Sokoto states. 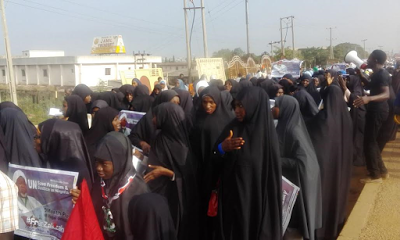 The Shi’ites in a statement by the President of the Media Forum of the Movement, Ibrahim Musa, said, “The governments of Kaduna, Katsina, Kano, Plateau and Sokoto states, using an amalgamation of security agents and operatives turned Wednesday 12-10-16 from what could have been a peaceful day for commemorating the martyrdom anniversary of the benevolent grandson of the Prophet, into another mourning day.