The Commission is being chaired by Justice Mohammed Lawal Garba, the presiding justice of the Port Harcourt Division of the Court of Appeal. The commission has twelve Commissioners that include:

4. Prof. Auwalu Yadudu – Commissioner. He is an accomplished professor of Law, and former Special Adviser on Legal Matters during the Abacha government.

5. Prof. Ibrahim Gambari – Commissioner. Professor Gambari is a former minister of Foreign Affairs. He was also Under-Secretary-General of the United Nations, and headed the UN department of Political Affairs. He is often consulted on African Affairs, Peacekeeping and Global Security.

6. Mr. Afakirya Gadzama – Commissioner. Mr. Gadzama, a career intelligence professional, is a former Director-General of the Department of State Services, where he served in various positions, including as Kaduna State director of the agency.

8. Dr. Jibrin Ibrahim – Commissioner. Dr. Ibrahim is a well-known civil society leader and columnist. He taught politics at the Ahmadu Bello University, and has researched and written about religion. 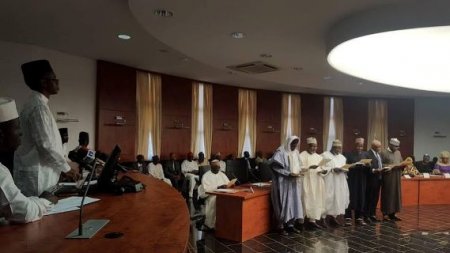 10. Mr. Bilya Bala – Commissioner. Mr. Bala is an accomplished banker and journalist. He is currently editor-in-chief of the People’s Daily newspaper.

12. Mrs. Desire Deseye Nsirim CP (Rtd.) – Commissioner. Mrs. Nsirim was a distinguished police officer. She retired after being the commissioner of police of Niger State.

Dr. Bala Babaji, Director of the Centre for Islamic Legal Studies, Ahmadu Bello University, Zaria is to serve as Secretary to the Commission. He is to be assisted by a secretariat with experts drawn from academia, civil society and the public service of the state and the Federation.