FREE Nigerian Business Directory
✅ NEW - get your business listed and your information shared across social media.
Ad
According to the President of Omega Fire Ministries, Apostle Johnson Suleiman, who spoke in a statement signed by his media adviser, Mr Phrank Shaibu, said the nation will witness many heart rending political developments this year.

It will be recall that Apostle Suleiman who is reputed for predicting the death of Prince Abubakar Audu, the All Progressives Congress governorship aspirant in Kogi state. 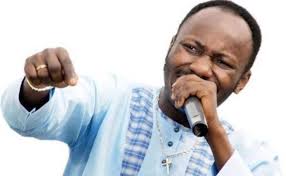 Some of Apostle Suleiman’s predictions below:

1. If Americans don’t pray, there will be no election in 2016 as Obama want a THIRD TERM. He will throw up issues relating marital laws.

2. I see a Governor in Nigeria dying.

3. I don’t see some Ministers in President Buhari’s cabinet in office in 2016. They will be abroad for medicals.

4. I see another World War (Russia Vs America)

5. Washington and NewYork should pray against terrorist attacks in 2016

6. Boko Haram has devised new strategies. They will come to public places screaming for help and when people gathers to assist, they blow off the bomb.

Why are all his prophesies gloomy? urgck!
S

Enough of these heart rending prophecies. Does it mean God has no good plan for us
S

Curators
Probably best to stop reading after the first one

Lequte said:
Why are all his prophesies gloomy? urgck!
Click to expand...

It's your state that's being bombed.
L

Lols, who is fooling who. Ordinary human. Na waoooo