Due to the overwhelming rate at which the deadly Ebola virus is spreading in Sierra Leone, international health officials have decided to help families tend to patients at home, a move which they consider the admittance of defeat by the virus, New York Times says.

Acknowledging a major “defeat” in the fight against Ebola, international health officials battling the epidemic in Sierra Leone approved plans on Friday to help families tend to patients at home, recognizing that they are overwhelmed and have little chance of getting enough treatment beds in place quickly to meet the surging need.

The decision signifies a significant shift in the struggle against the rampaging disease. Officials said they would begin distributing painkillers, rehydrating solution and gloves to hundreds of Ebola-afflicted households in Sierra Leone, contending that the aid arriving here was not fast or extensive enough to keep up with an outbreak that doubles in size every month or so.

“It’s basically admitting defeat,” said Dr. Peter H. Kilmarx, the leader of the federal Centers for Disease Control and Prevention’s team in Sierra Leone, adding that it was “now national policy that we should take care of these people at home.” 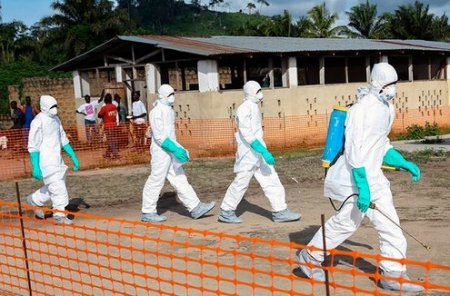