The Nigerian military, on Friday reportedly destroyed Boko Haram troops as they tried to take over the town of Kodunga, 40 miles of Maiduguri.

Authoritative military sources disclosed that at least 100 of the terrorists were killed and that a few of the about 200 strong militants escaped in the only truck that manoeuvred from the scene.

“Most of the dead insurgents were mangled beyond recognition during the few hours of fury displayed by our men”, a senior military source said.

DailyPost learnt that several weapons, including anti aircraft guns mounted on trucks and RPGs were mopped up by the military following the annihilation of the terrorists. 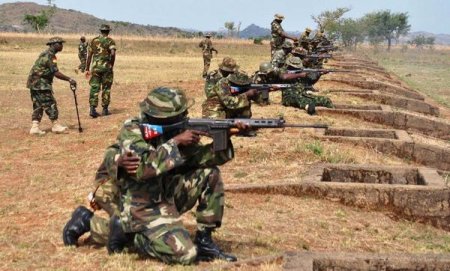