For Sale - One Bedroom Executive Flat - Lagos (NGN37m)
✅ NEW - car park, swimming pool, 24 hours light/security and more.
Ad
Nedbank Group on Thursday announced that it will acquire a 20 percent stake in pan-African lender Ecobank for $493 million, ending months of speculation the South African bank would walk away from the deal over governance concerns.

Nedbank, South Africa's fourth-largest lender, had a right to acquire the stake under the terms of a 2011 loan to Ecobank. But a crisis over corporate governance and the departure of Ecobank's chief executive in March raised questions about whether Nedbank would go through with the deal, Reuters says.

Togo-based Ecobank has a presence in over 30 sub-Saharan countries, meaning the deal would broaden Nedbank's reach well beyond its core South African market. 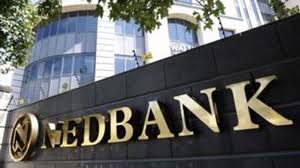