The six governors from the South-West zone of the country will converge on Ibadan, Oyo State capital, on Monday, for an Economic Forum, aimed principally at discussing and promoting issues of common concern and interest.

A statement, on Sunday, by the Special Adviser to the Governor on Communication and Strategy, Mr. Yomi Layinka, said that the meeting was called at the instance of the host state Governor, Senator Abiola Ajimobi.

The governor explained that the meeting was being called to discuss several issues of common concern to the region in view of the challenging economic circumstances confronting the nation and its constituent parts. 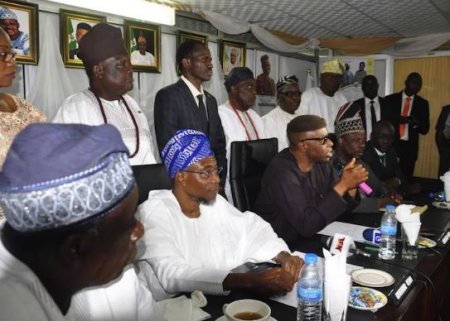 He said, “These issues include security of lives and properties of all citizens and our peoples; the economic development of the states by leveraging on common resources and the competitive advantages of the region.

“Other issues to be discussed will include the identification and development of critical infrastructure, especially road networks and the need for a regional rail network for transportation of goods and services within the region.”